Since this particular limb doesn’t have any branches coming from the bottom, the edges are simply rounded over with long, shallow strokes. 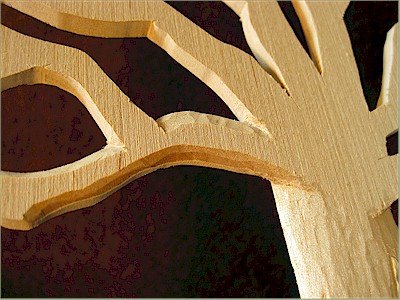 Those are then broken up by short, shallow strokes to give the limb character. This also adds elements of shadow, which contribute to the illusion of dimensionality. You’ll notice that I’m not cutting into the elbow area much. That’s because I want it to remain higher than the rest of the limb. I’ll probably make a bit of a knot on it later.

In the next installment, I’ll really dig into the limb and give it a personality.