Shaping the limbs is one of my favorite parts of carving these trees. Each one has its own personality. 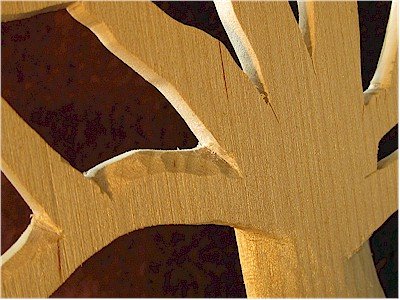 I start at the stop cuts between the limbs. Angling the cut down into the stop cut helps give the illusion of the lower limb slightly receding behind the upper limb. The same treatment is given to the branch area on the left. These angled areas will cast deeper shadows than the surrounding wood and add to the illusion.

The lower part of the limb is shaped in the next installment.