Carving limbs and branches is so much fun. Here’s the final shape of the first limb. As you can see, it looks like it has lots of twists and turns, which will ultimately give this tree its gnarly character. If you look closely on the right side of the limb near the trunk, you’ll see a thin line right down the middle of the face that has not been carved. I intentionally left this part high and did not round it off. The line will disappear once the bark carving has been added. 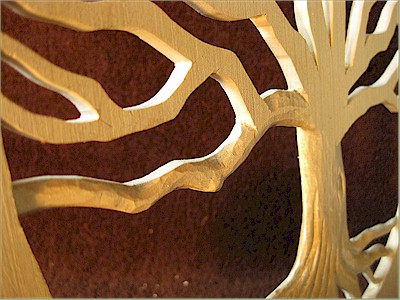 Here’s what became of that knot I left high in the elbow area. When I do the bark carving I’ll give it more detail.