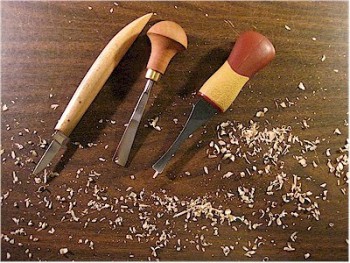 Most of my creative endeavors, including composing music and writing books, are considered additive art forms. Painting would also be included in this class because each of them builds one thing on another to create a whole.

Carving is the only truly subtractive art form I practice. It has taught me how to be a better writer, both of music and text. To create a carving from a solid piece of wood, I remove everything that is not the art.

There is a quote floating around about being an author. I don’t know who originated it, but it goes something like this: Being a writer is easy. You just stare at a blank page until you begin to sweat blood from your brow.

Once I’m past that hurdle, I allow words to flow as they will until the muse is exhausted and then I begin the editing process. That’s where the carving experience comes into play. I begin chipping away at anything that distracts attention from the focal point of the piece.

The main tool I have been honing lately is clarity. I began that process while researching the material that five years later became a book titled The Sage Age – Blending Science with Intuitive Wisdom. At the time, I had not entertained the idea of writing a book. I simply wanted to be clear on a few concepts that had surfaced in pop culture that attempted to marry ideas from quantum physics with New Age thought.

Since then, I’ve combined clarity with the razor-sharp tool I seemed to have brought into this world with me, which was focus. Together they make an amazing pair at chipping away the superfluous and helping me get to the root of the mystery.

I’ve only been carving for a few years. I’m still learning and exploring, but I can already tell that this is a fine choice of hobby for me because of how it has already enriched the quality of my life. And, it’s kind of cool to walk down the hall and see the tangible representation of those lessons hanging on the wall. I can’t do that with a book or a song.