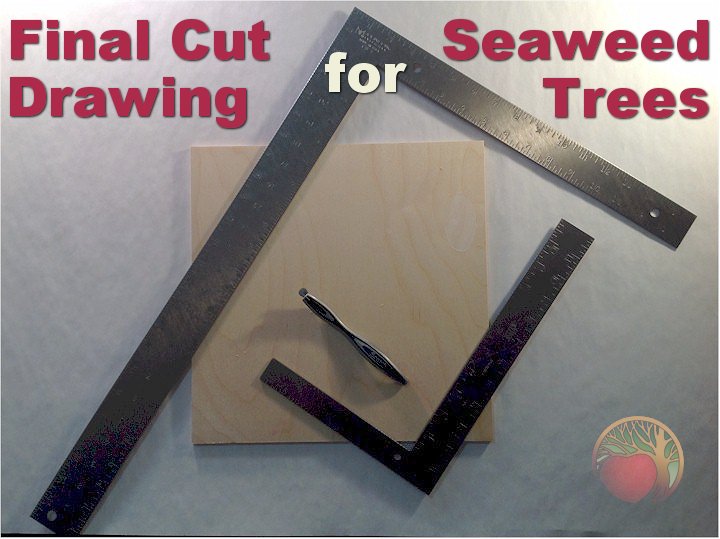 The final draft drawings are complete and I’m ready to scale them to actual size to fit the pre-cut wood blanks.

I like drawing drafts that are smaller than the actual piece. Keeping the size so all of the art is within my field of vision helps me focus on the details in relation to the whole.

I came to a new realization of how important that was for me while taking a recent art class. Painting on a big canvas was difficult. In fact, the painting made a lot more sense to me when I went to the back of the room to get more water. I saw my art from 20 feet away and suddenly I realized what was right about it and where there was room for improvement.

If I’d had a long enough brush, I would have preferred to finish the painting from far away rather than right on top of it, just to get the whole perspective. When drawing carvings, smaller is better for me.

Since the final piece would be square, for the draft drawings I used regular printer paper and either drew a line 8.5” down, or cut it into that size square.

And, since my blanks were roughly 12” square, I knew I would want about .5” border all around. That meant I could scale up the drawings to 11” and they would fit perfectly within the border.

The other reason I used standard printer paper is because the drawings would be easier to scan. The scale rate to enlarge from 8.5” to 11” is 29%. So, I set my all-in-one to scan at regular size as a PDF.

On the computer, I set the image to enlarge at 129% and printed using a poster setting. That prints the image across multiple pages that can be pieced and taped together into a poster format. The image was centered across 4 pages.

Unfortunately, I did not find the setting to print to the edges, so there was an 1/8” of a margin that I had to nudge and fudge together to make everything line up and still be the right size overall.

Since my wood blanks were pre-cut, I used one as the template for the initial square. I was disappointed that they were slightly under 12”. I decided not to change the border width simply because I had left some wiggle room in the drawing around the outer edges so I could adjust the final drawings if necessary. Glad I did that.

And let that be a lesson to me to measure the final wood blank first next time.

For the larger, single paper sheet, I like using 25” x 30” flip chart paper. It’s rather inexpensive and big enough to handle a 2’ x 2’ drawing, if I want to go that large. And I will for the final of this piece. The little one I’m doing on now is just a study to work the kinks out. 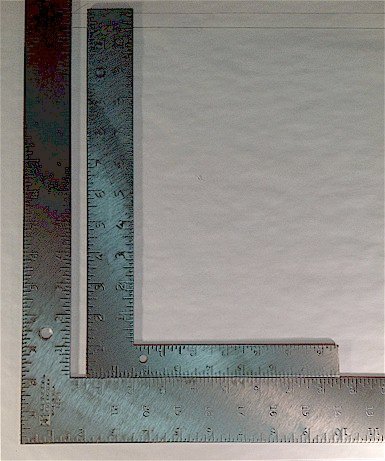 I laid my big square on the page so that the interior of it was on one corner of the traced wood blank. Then I set the little square on the .5” mark and drew my interior border lines. 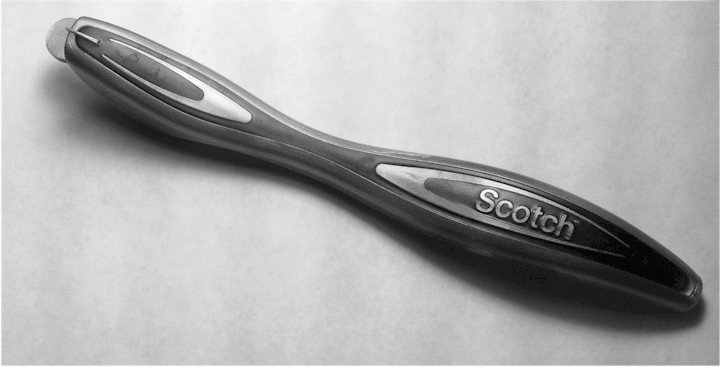 I found all of the papers easier to work with when I cut them down to near the final size, leaving about a 1” margin on each side. My favorite cutting tool is this little Scotch paper cutter. Works great on wrapping paper too. Leaves a nice clean edge and super quick to use compared to scissors.

This job called for my big light box. I built it myself. It has a 2’x3’ top which can handle most any project for me. But it’s heavy as hell. While lugging it up to the table, I wished I had made it with much lighter wood stock. But, it serves the purpose. And it doesn’t move around on me at all.

Instead of focusing on the art of the limbs and branches, this time while tracing I drew in the negative space. I paid close attention to where the drill holes would need to be and if the scroll saw blade had enough room to maneuver through each turn.

Found a couple of intersections that will mainly be taken care of by the drill alone, and only need precision trimming in the narrow V shapes where branches meet.

When the final piece is made twice as large, those little areas will be just fine, so I’m leaving them in even if they will be a bit of a pain to cut on this little sample piece.

After removing the original, and looking carefully at just the outline, there were a couple of branch crossing that just didn’t make good sense. Looked more like a blob and it was hard to tell which line was which branch. With no detail being put into the carving after the cut, sharp angles and clean lines become even more important in a piece like this. So, there were a few changes made to the final drawings on the fly.

I’ll look over it again for another day or two, and then it will be time to start cutting.