The major sanding has been completed on the back, sides and top of the carving. The lovely grain has become the dominant feature instead of the carving strokes.

Most of the curves have been smoothed. You can still see a few uneven places in the tight areas of the side between the lower part of the arm down toward the waist. A few more strokes with 120 grit sandpaper will smooth those right out. 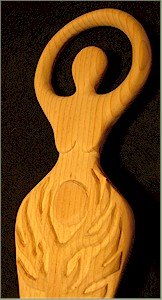 In the narrow areas under the breasts, a special pencil sander is used. That tool will also be used on the inside of the tree limbs, especially in the V areas. I’ll be sharing pictures of it in the next series. 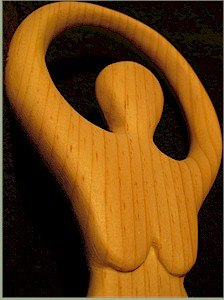